At the time of writing, the world population clock shows the total number of people on Earth as 7, 052, 499, 082. A smidge over 7 billion. And according to the FAO around 1 billion of those people are starving. The current prediction is that by 2050 the world population will have increased to around 9 billion people, and in order to feed all of those people we will need to produce at least 70% more food than we currently do. (We’re also eating more meat, which is more energetically expensive, because not all of the energy in a bowl of corn goes into the meat of the chicken who eats it, which is why it’s so much higher than 2/7.) 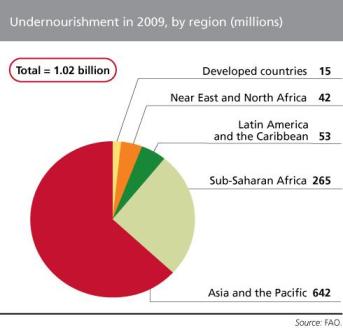 At the same time, farmers trying to grow crops in suboptimal conditions are irrigating their crops. This causes the water table in the area to rise, which may mobilise salt from the lower levels of the soil. The nearer the salt gets to the surface, the more it is concentrated by evaporation, until eventually the soil is so saline that many plants are unable to survive.

Because of this, research into saline-tolerant plants is really gathering momentum. I’ve found five plants published in under 2 months relating to salt-tolerant varieties of sugarcane, melon, cucumber, legumes, fescue and – now – chickpea. Chickpea in general is sensitive to salinisation, but there are more and less tolerant varieties. Researchers at the University of Western Australia have bred together a known salt tolerant variety (JG 62) and a known salt sensitive variety (ICCV 2) in order to try to figure out what makes JG 62 able to grow under saline conditions, using a technique called Quantitative Trait Locus (QTL) mapping.

QTL mapping is used to identify markers related to quantitative traits that may be controlled by many genes, such as height, or thousand grain weight. The idea is fairly simple, and with molecular tools now relatively easy to do. First, take two parents that are relatively similar, but are at the extreme ends of the spectrum with respect to the trait of interest. E.g. varieties resistant and susceptible to a disease, or tolerant and susceptible to salt in the soil. Breed them together.

The resulting progeny will each have a combination of genes from both parents. They will be heterozygous.

These heterozygous progeny are then crossed with one another. When the plants make their gametes, they undergo a process called crossing over. Their chromosomes literally slip over one another and exchange genetic material, mixing up the genes they inherited from parent one and the genes they inherited from parent two. The end result is progeny that look a bit like this:

These are then back-crossed with the sensitive parent so that we can ‘see’ in the phenotype what is going on in the genotype:

By comparing the offspring, and whether they are salt tolerant or sensitive, we can identify the region responsible for the tolerance.

In the chickpea study, the authors demonstrated that saline tolerance was related to whether or not the plant could fill its pods, and looked for QTLs linked to a number of factors linked with reproductive success. 19% of the phenotypic variation (differences in end seed production) could be explained by a single QTL in Linkage Group 3. (When we don’t actually know which chromosome a bunch of markers are on, only that they are near one another, we talk about linkage groups to define that they segregate together). This is the first time that a saline tolerance QTL has been identified for chickpea, which is pretty big news, and it’s probably only the fourth time that anyone has looked for seed yield QTLs related to saline tolerance, so it’s pretty novel too.